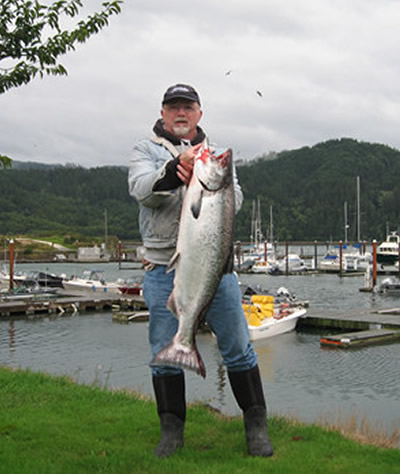 The Wilson River and the Trask River are the two largest rivers that flow into Tillamook bay. These two rivers get large returns of fall Chinook salmon. The Trask River and Wilson River are both great river to guide for fall Chinook salmon during October and November. The Kilchis River is a back up river for when the Trask and the Wilson River fishing condition are bad. The Kilchis River conditions usually stay in shape longer and will clear up faster then the Wilson and the Trask.

If you have any question about Tillamook Bay Fishing please feel free to CONTACT ME. Also check out my FACEBOOK page.

Also check out the links below to Tillamook Bay Tributaries.

Tillamook Bay Fishing ... Get out and fish!!!